Five of the largest gold nuggets ever discovered in the world

Posted at 16:13h in Blog by Joshua Rotbart 0 Comments
0 Likes

largest gold nuggets – Gold is the most precious metal on earth. Mining companies spend a lot of money and resources to find it. In most cases, after sifting through all of the impurities, they find small nuggets. However, some gigantic gold specimens have been discovered.  In this article, I will tell you about five of the largest nuggets in the world.

The Welcome Stranger is the largest nuggets ever found in the world. It weighs a whopping 72 kg (2314.85 troy ounces). It was so large that they couldn’t find a scale big enough to weigh it. Therefore, they broke it into three pieces.

Surprisingly, this huge nugget was buried only a few inches under the surface near the roots of a tree. It was discovered in 1869 by the two miners John Deason and Richard Oates. A replica is displayed in the Dunolly Museum and a monument was erected to mark the spot where it was found. 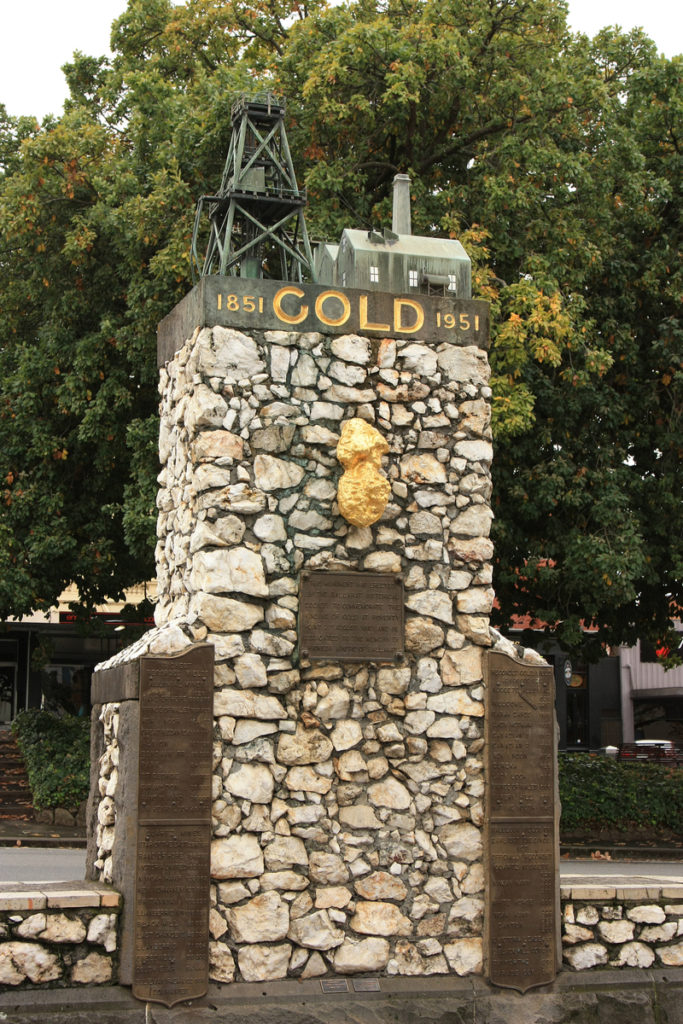 One of the largest nuggets, ‘The Welcome Nugget’ weighs 68.2 kg (2192.681 troy ounces). It is 53 cm long and it looks roughly like a horse head. It was discovered in 1858 at Bakery Hill in Ballarat, Victoria, Australia, by 22 miners who worked for the Red Hill Mining Company.

The Welcome Nugget was sold for £10,500. Many people gathered to take a look at this huge nugget in Melbourne. It was then shipped to London where it was melted shortly after it was displayed at the Crystal Palace. More than a decade later, the Welcome Stranger nugget was discovered. The Hand of Faith

This is the largest gold nuggets that still in existence on this list (unfortunately the Welcome Stranger and the Welcome nuggets were melted down). It was discovered by Kevin Hellier using an electronic gold detector near Kingower, Victoria, Australia in 1980. The Hand of Faith weighs 27.21 kg (875 troy ounces). It looks like a hand. Its dimensions are 47 cm * 20 cm * 9 cm.

It was sold to the Golden Nugget Casino six months after the discovery for more than one million dollars. A replica of the nugget is displayed at the museum of the Central Deborah Gold Mine whereas the original is exhibited in the casino that bought it in Las Vegas. 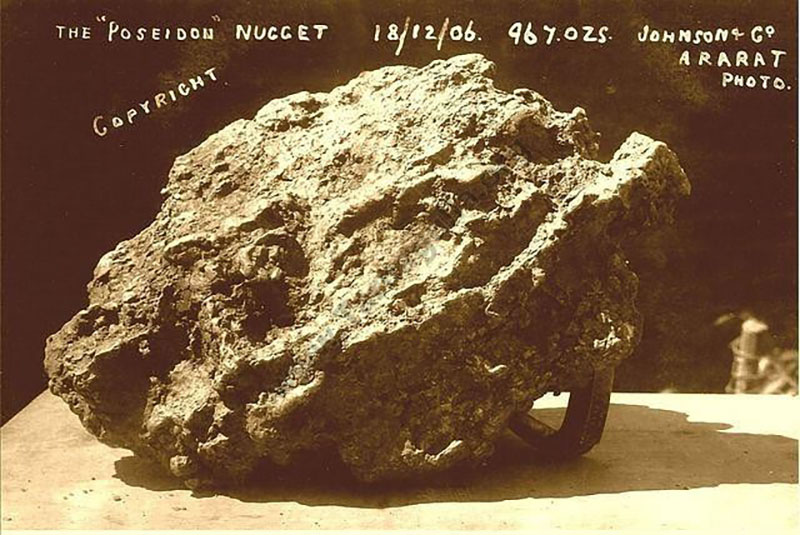 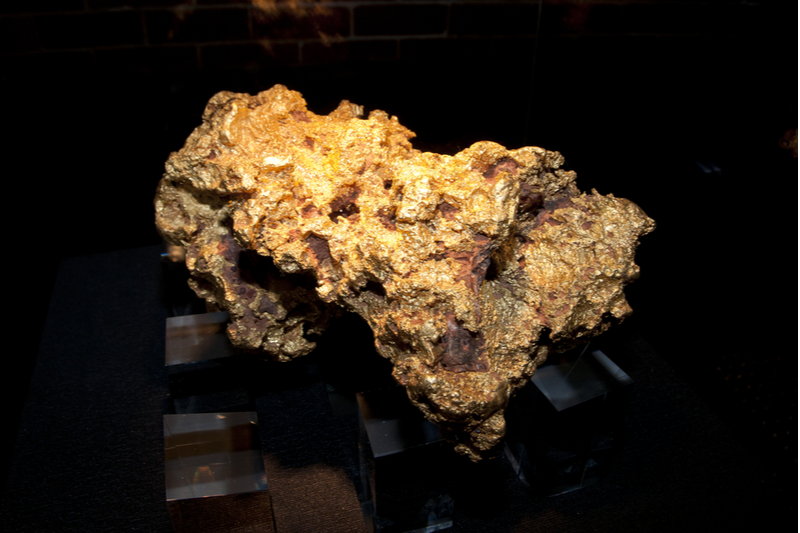 The Normandy Nugget is the most recent one in this list. It was discovered in 1995 near Kalgoorlie, Australia. Like the hand of faith, this nugget survived melting. It weighs 25.5 kg (819.844 troy ounces). It was named that way because it was purchased by the Normandy Mining company in 2000. This nugget is displayed for the public at the museum of the Perth Mint. An there you have it, the five largest gold nuggets ever!